As mentioned in Google’s Performance Summit earlier this year, marketers are no longer asking if they should invest in mobile, rather, they are asking how they should invest in mobile. More than half of all web traffic comes from smartphones and tablets. In response to the consumer shift toward mobile, Google has been busy launching new tools and features to its AdWords platform.

Let’s take a look at what Google AdWords changes have occurred in 2016 so far:

In the past, marketers have experienced difficulty when creating ads with proper formatting across different channels (mobile sites, apps, video, etc.). Google AdWords’ new feature, responsive ads, automatically adjusts its size, appearance, and format for any ad space. The best part? Google does all of the work for you. You simply enter basic features regarding your ad such as headlines, images, a landing page, and once approved, Google will automatically generate the ads people see. This new feature will likely increase engagement rates by presenting ads that match the look and feel of content that consumers are browsing.

Universal app campaigns promote your app across Google’s top properties including Search, Play, YouTube, and the Google Display Network. Depending on your customer objective, the ads are optimized for either installs or in-app conversions. Similar to responsive ads, you don’t need to design individual ads. You only need to provide some text, a starting bid and budget, languages and locations for your ads. Google also saves you some work by testing different combinations and will show ads that are performing the best more often.

Expanded text ads give advertisers more space to explain their products and/or services before the consumer clicks on the ad. The expanded ads have almost 50% more ad text available as well as an additional headline. Additionally, you no longer need to enter a display URL that matches your final URL domain. For example, if your final URL is example.com/dog/leashes, your ad’s display URL will be example.com. Google’s early testing of the expanded text ads feature indicated increases in click-through rates of up to 20% compared to standard text ads. Not only does this feature communicate more of what you are offering, it also drives more qualified clicks.

Note: Beginning January 31, 2017, AdWords users will no longer be able to create or edit standard text ads, only expanded ones.

Adjusted bids are another new feature AdWords introduced in response to the shift to mobile. These individual bid adjustments give advertisers more flexibility with how they bid on various devices – mobile, desktop, and tablet. You can now anchor your base keyword bid to the device most valuable to your business and then set bid adjustments for the other devices. These adjustments will show your ad more or less frequently in searches depending on what device is most effective in reaching your business’ goals.

Note that in order to achieve optimal ad performance, you’ll need to factor in other data in addition to using device bid management. It’s important to pay attention to other metrics and signals such as how your ads perform by location, time of day, and audience.

The Number of Location-Related Searches is Exploding

With all of this being said, you may be wondering if online, mobile ads will physically bring people into your store. In fact, location-related mobile searches are growing 50% quicker than other mobile searches. Nissan UK discovered that 6% of mobile ad clicks result in a trip to a dealership, an estimated 25x return on investment. This is especially relevant for marketers who have a brick-and-mortar business and want to increase foot traffic.

It’s more important than ever to optimize your Google AdWords strategy for mobile. And with these new features in place, you’ll have everything you need to get started! 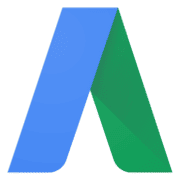 Eight Reasons Why You Should Use Google AdWords

The Best Times to Post on Social Media
Scroll to top