From Periscope to Facebook Live to Youtube, video marketing has taken the digital marketing world by storm. By 2019, Cisco predicts that 80% of all consumer internet traffic will be video, and US adults already spend 5.5 hours with online video content every day.

With traditional television viewing in steep decline among most demographics, many marketers are tempted to say that we’ve entered completely uncharted media consumption waters. But when it comes to video marketing, I’d argue that we’re watching a rerun.

Timex was one of The Bob Hope Show’s sponsors

In the 1930s and 40s, television was just beginning to supplant radio as the media of choice, and many radio companies were the first to broadcast television signals in their local markets. By the 1950s as more Americans purchased television sets, advertisers had fled radio for television and the “commercial” was born.

I was speaking with a friend in the broadcast TV advertising business last week, and was struck by how Periscope and Facebook Live are just the latest in a long line of content that marketers can use to promote their brands. These platforms are the modern version of a television, but they offer the savvy video marketer a way to find a much more targeted audience than any 1950s commercial ever could.

1. Start Small: If you’re creating your own video channel from scratch, understand that it’s a big content world out there. Your first video won’t be a viral smash, so plan something that’s simple and achievable for you. The point is to get started, not become the next Spielberg. And just putting out video is a big start.

2. Invest the Time to Grow Your Audience: One of video marketing’s great benefits for marketers is the opportunity to have a continual discussion with your audience. From reaction videos to responding to comments, there are a number of ways to maintain rich interactions with your customers. But unless you take the time to foster that conversation, no one will be listening. When you start, you’ll need to do a lot of the initial outreach by commenting on other users’ videos and linking to them. You’ll also need to make sure that your video keywords and descriptions are drawing search traffic. And as your build your audience, you’ll need to respond to them just as you would in any conversation.

3. Become Hyper Targeted: From Will it Blend to white noise, there are millions of video channels and producers on the internet. The best approach to video marketing is to find your niche and target content to that audience. Doing so will help you build a following and keep your content calendar focused.

4. Understand What “Live” Viewers Want, and When They Want It: As much as video marketers would like to believe that our content is 100% fascinating at all times, it’s sadly not the case. If you’re going to go live with a tool like Periscope or Facebook Live, think through the type of content that will perform best in this fashion. Discussions with famous personalities, events, or product reveals are all good categories that may draw a live audience; in this way, live streaming video is very much the same as broadcast television.

You should spend some time thinking about when to do your live video marketing as well. Remember that your audience will have a life outside your content, so you’ll need to spend time promoting your broadcast and schedule it for a time when you’re most likely to draw viewers. Consider using a tool like Buffer to identify the optimal times during which you’ll be most likely to drive video marketing engagement.

5. Have Fun and Be Spontaneous: As the data below show, people most commonly upload real-life situations that have some fun or humor to them. Staged or scripted videos are the last often uploaded, and while this is most likely due to the production time and cost, it’s ok if your videos are rough around the edges. Some of the best video marketing is human and approachable. The days of the slick TV commercial may be numbered.

6. Want a Shortcut? Advertise with More Popular Channels/Content Producers: And finally, a good video marketing strategy may not involve producing any videos at all! If you can find channels or content producers who already have high awareness among your target audience, your best approach may be to sponsor them or advertise on their channel. This will keep your production costs low and provide you with a very measurable ROI to see if your video marketing spend is bringing a return. 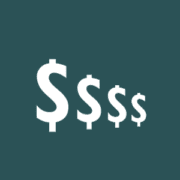 The 10 Commandments of Marketing Copy for 2019

3 Ways to Incorporate LinkedIn into Your Content Marketing Strategy

Featured in Forbes – How Content Marketing Worked for Wanted Analytics

How to Market When You Don’t Have Time for Marketing, Part 2 Fast-Acting SEO: 3 Essential Tools to Help You Follow the Trends
Scroll to top